Behind the Scenes – Hunter of Mysteries

A cover for Melange Books. For this cover, we wanted the cover to resemble the other books in the series, Night of the Hunter, Demon Hunter, and Hunter in the Darkness. Ultimately, I played with having a brighter background lighting (the sunset) in this one compared to the storm-based backgrounds of the previous colors.  We kept the lighting on the model fairly consistent with the others. Also, I had to change the position of the ruins to have it better fit the positioning of the model. Per usual, the character is a composite image in order to create a more accurate rendition. 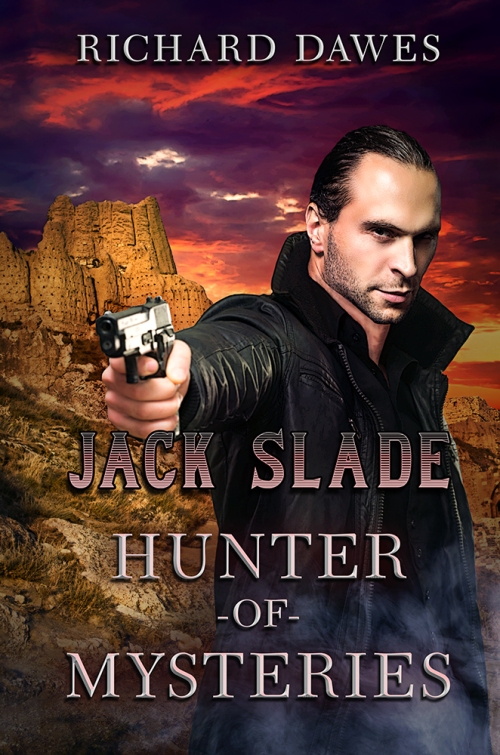 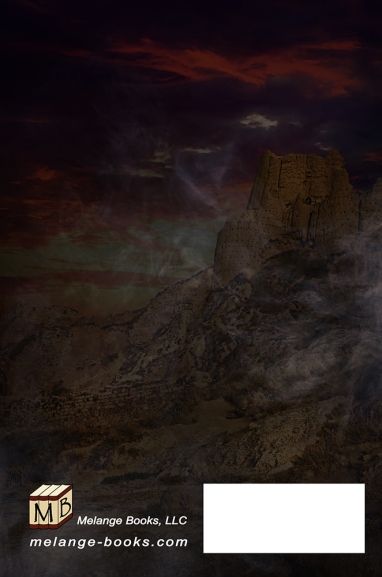 Time for a status report! Now that the move to Michigan is mostly complete (and I’ve finally gotten my car back after a run-in with the local wildlife), we’re slowly getting back into the groove of things. Still got a few things to take care of before we’re all settled in, but things are finally getting back to normal. 🙂

Glitch: I’ve completed the major edits, handed the manuscript to Isaac to check over, and have been working on his changes. Due to the structure of the story, we’re actually considering breaking it into three individual stories, each around 35,000 to 45,000 words long. They’ll rely heavily on being read in order, but should each have their own beginning, middle, and end. I’ve sent the first part to a beta-reader to see what she thinks. If we do split the story into three parts, we’ll most likely release each part around two-three weeks apart, so readers won’t have to wait long to read each book. With luck, we’ll be moving forward with this project sooner rather than later.

Fractured Skies: I’ve made the second round of major edits based on Isaac’s feedback from a year or two ago, and now I’ve handed it back to him to look through. It needs a bit of work in order to match it to the style and tone of Distant Horizon. But this one is certainly in progress.

The Multiverse Chronicles: On hold.

Book 3 of The Wishing Blade Series: Working on plotting. Once Fractured Skies is out to beta-readers, I plan to start editing what I already have written of this manuscript, then write the other half of the book.

Game Development: Trying to work out the kinks in a fantasy-based civilization building game. We have a few ideas, but we’ll need to test-play them.

Don’t forget, if you want to stay up-to-date with our latest book releases and promotions, sign up for our Infinitas Publishing Newsletter!

Behind the Scenes – Star Sword

A cover for Melange Books. For this cover we wanted to keep with the theme of the previous books: Dragon Sword, Sword of Doom, and Sword of the Quest.  I used the same model (piece-parted to get the pose we wanted). In order to try speeding up the process, we fully discussed the author’s vision for the cover before I started piecing everything together. I asked him to clarify a few of his ideas, and we managed to get this put together withing four proofs (minor tweaks on each. I toyed with the idea of the flames pouring over into the series title to add more drama and flare. 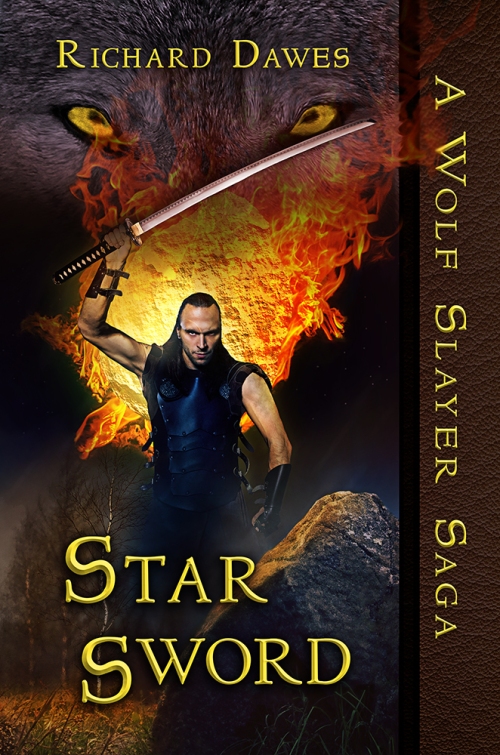 Behind the Scenes – Sojourn: Enclave

A cover for Melange Books. For this cover, we wanted to match the style of the previous books, The Wildlands, The Deadlands, and The Beastlands. We considered adding the other companions from this book onto the cover, but the cover looked crowded and lost the consistency of the previous covers, so we chose to stick with the two primary characters. This one used several stock images in order to achieve the effect of the dilapidated, overgrown city. Masking was super-useful for this one, as I removed parts of the skyscrapers to make them look broken, and then cloned in bits of the sky on a separate layer to make it look more natural. 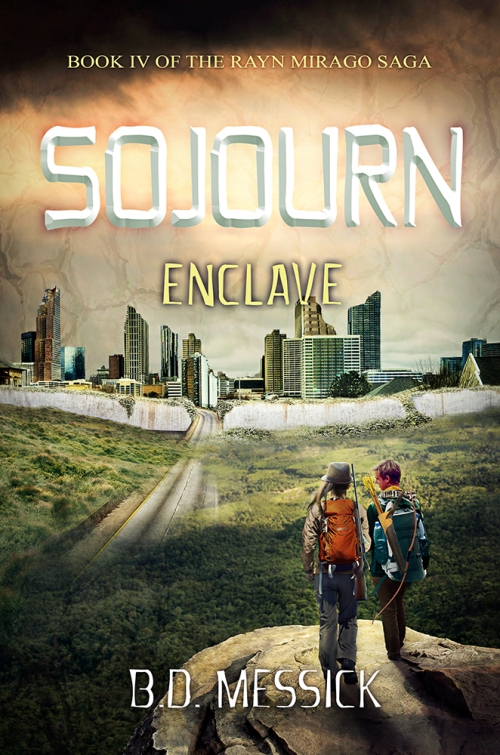 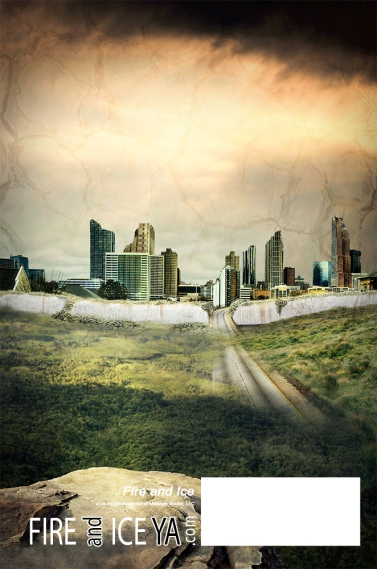 Behind the Scenes – The Poe Codec

A cover for Cave Hollow Press. For this cover, they wanted to incorporate elements of Edgar Allen Poe’s work and a feeling of a mystery. We settled on a raven and a locket (the locket plays an important role in the story) and we used the codec from inside the book (provided by the author) for the background. We went for red and black colors to add to the mysterious look, and I chose a cob-webby font that would add to the eerie mystery and work well for middle grade fiction.

I also did a wrap-around print cover. However, knowing that the primary form would be paperback–and knowing that CMYK does not play well with red– I created this cover first in CMYK (a smaller color space), and then converted it to sRGB for the online editions.

Something important to keep in mind when working with print editions is that if you download a template from Createspace, that template is in sRGB. You will need to convert it to CMYK prior to moving the image over for a wrap-around cover… or potentially need to redo portions of the image. (This is mostly a problem if you have a heavy amount of red on the cover.)

Another trick I found for getting the red color to work well in CMYK is to create a layer of red color based on the title (Hex Code: E32E24), overlaying it across all red portions of the cover (I masked out the locket and publisher logo), and the lowering the opacity to 30%. (I use Adobe Photoshop CS6). I’d read an article that suggested that CMYK does better with “pure” colors, and by adding the red overlay, that made the colors seem more “pure” for its color space.

I also did the interior formatting. You can check that out using the “look inside” feature on Amazon. 🙂

This is the end result: 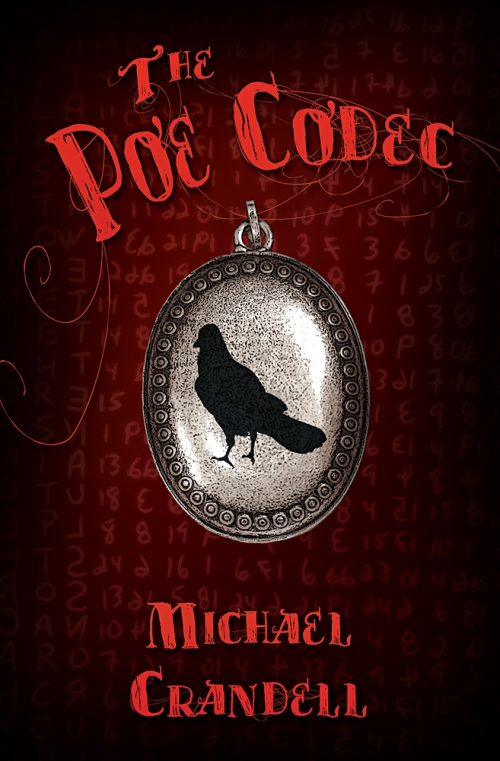 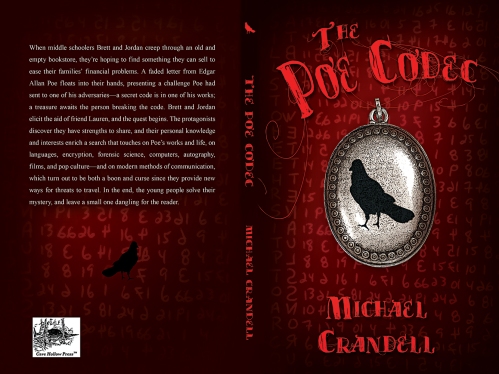 Code picture provided by the author.

Behind the Scenes – Shadow Notes

This is a cover for Barking Rain Press. For this cover, the publisher wanted to stick with the blue and white color scheme, which plays a major role in the story. The author provided a few example covers of books with similar tones, which I used to get an idea of the design style: the style of scenery, the font and title placement, and the general mood of the cover. 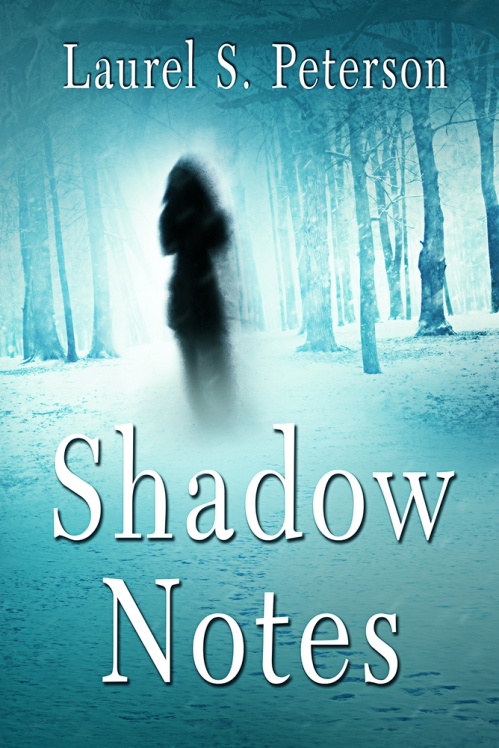 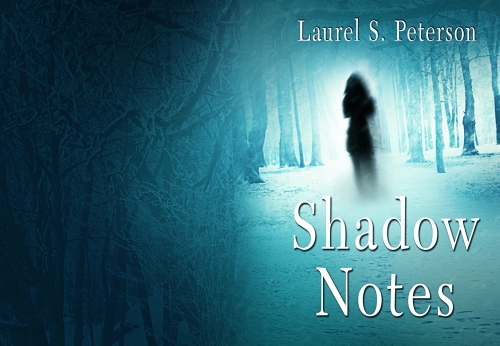 Behind the Scenes – The Quarter Horse

A cover for Melange Books’s YA imprint, Fire and Ice. This is the fourth book in The Horse Rescuers series, and so we wanted to keep the style the same as the other books. In this case, we kept the same layout and font. We tried a couple different colors as the main color scheme (each book is a bit different), and ultimately settled on the gray-blue.

For the horse image, I used the art form to reference the kind of horse the author wanted, and then I created a lightbox on Dreamstime with several horse options (and I checked to see what general season I should be looking for). The author selected two of those images, which I made rough proofs. Once we narrowed it down, I finalized the cover.

This is the end result: 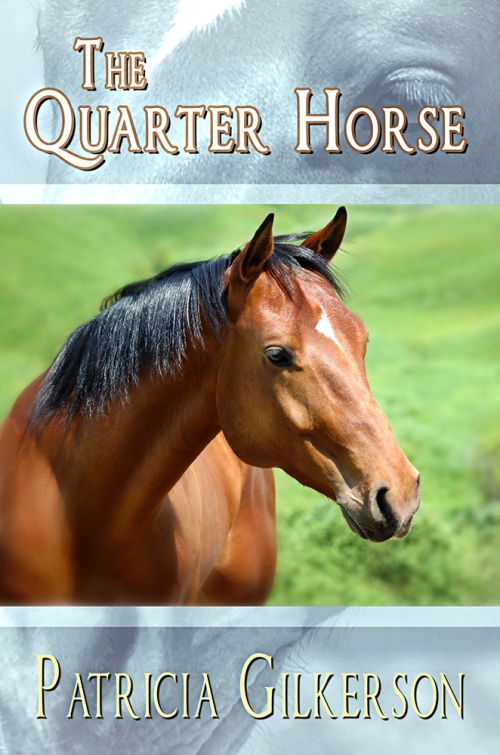 Rough version of the back cover (subject to change per the Publisher’s needs): 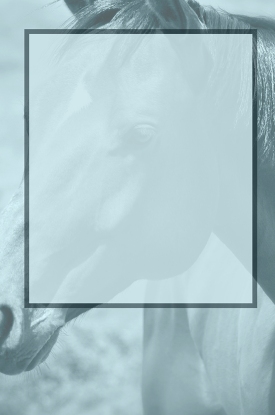 Stephanie Flint – Author and Artist
Create a free website or blog at WordPress.com.